24 EASTER RIDDLES WITH ANSWERS FOR KIDS AND ADULTS

A family fun collection of Easter Riddles everyone will enjoy. For use in classrooms and scavenger hunts this riddle collection is printable and downloadable. 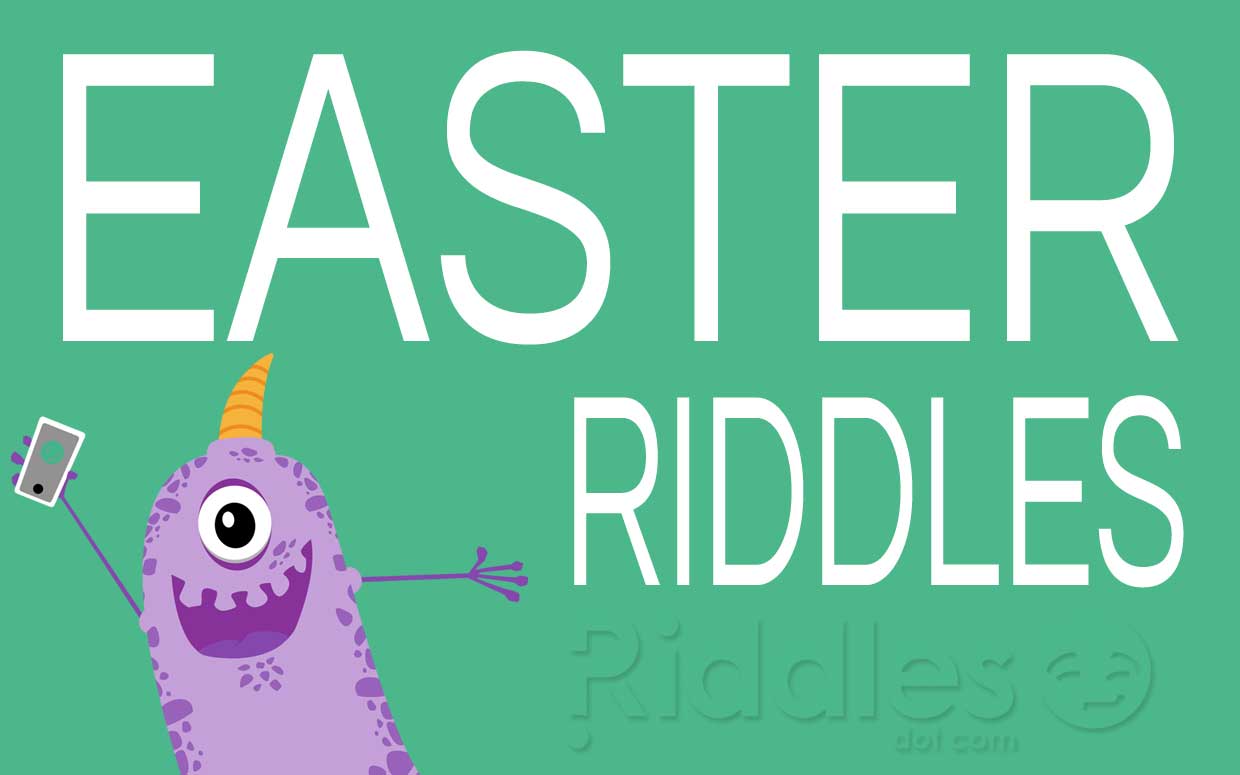 Easter is a Christian holiday commemorating the resurrection of Jesus from the dead.

Easter Sunday is what is called a movable feast because it is not held on the same day each year. Instead, Easter Sunday is the first Sunday after the full moon that happens on or after March 21st. However, if the full moon happens on a Sunday, then Easter happens on the following Sunday. The name "Easter" was likely derived from an Anglo Saxon Pagan goddess named Eostre (also Estre, Estara, Eastre, Ostara, and similar spellings in various sources). Early Christian missionaries ofter turned old heathen festivals into a new Christian festival.  In medieval times there was always great joy and feasting in the Springtime when the sun started rising higher in the northern hemisphere. Therefore, it can be deduced, early Christians substituted the Rising of Jesus from the dead with these great times of joy.

Many Easter traditions are not found in the bible and have evolved over time. Easter Eggs, Easter Bunny, Easter Foods, and Easter lilies.

Easter eggs are boiled hard and dyed in various colors, which were likely derived from the pasch used in the Jewish festival of the Passover. Eggs have also been a symbol of ancient Pagan Festivals celebrating spring, and are now regarded as a symbol of Jesus's resurrection.  Thus, Easter Eggs provide a link to ancient civilizations and their strange traditions.

The Easter Bunny is thought to have derived from Germany where there was a tradition of an egg-laying hare called “Osterhase” or “Oschter Haws” and children made nests where the creature could lay its colored eggs.  Immigrants brought the tradition with them and it eventually spread across the United States.  This tradition eventually evolved into the Easter Bunny delivering candy and other treats and kids leaving carrots out to feed the fabled creature on its morning deliveries.

Easter Foods: Lamb is a traditional Easter food.  Christians are known to refer to Jesus as the "Lamb of God". Historically, the lamb was one of the first available meats after a long winter without livestock to harvest.

Easter Lilies: Lilium longiflorum are a perennial, bulb with pure white, trumpet-shaped flowers that grow from their dormant state in early spring. These white lilies are a symbol of purity to Christ and Christians and the rebirth and hope of Christ’s resurrection.  Lilies originated in both Taiwan and the Ryukyu Islands and were imported to England in the 17th century.

What Kind Of Music?

Riddle: Do rabbits use combs?
Answer: No, they use hare brushes.
Show Answer Hide Answer

Has To Be Broken

Riddle: What has to be broken before it can be used?
Answer: An egg.
Show Answer Hide Answer

Riddle: How many hairs are in a bunny rabbit's tail?
Answer: None. They are all outside.
Show Answer Hide Answer

Riddle: Where does a rabbit go for a shampoo?
Answer: To a hare-dresser.
Show Answer Hide Answer

Riddle: What would you get if you crossed a rabbit and a lawn sprinkler?
Answer: Hare spray.
Show Answer Hide Answer

Riddle: What would you get if 120 rabbits took one step backward at the same time?
Answer: A receding hair line.
Show Answer Hide Answer

What Does The Easter Bunny Do After It Takes A Shower?

Riddle: What does the Easter Bunny do after it takes a shower?
Answer: He uses a Hare dryer
Show Answer Hide Answer
Save: PDF
(No answer boxes)
Save: PDF
(With answer boxes)
Print: Page
Print: Options

If you would like to use this content on this page for your website or blog, we only ask that you reference content back to us. Use the following code to link this page:

This riddle quiz is printable and downloadable as an Easter Riddles pdf file.  You can print this riddle quiz with or without answers boxes below each riddle. The riddle answers will print on a separate page.