The Original Riddles Website - Thousands of riddles (with answers) for kids and adults to tell, share, and rate. Plus a riddle of the day, every day! 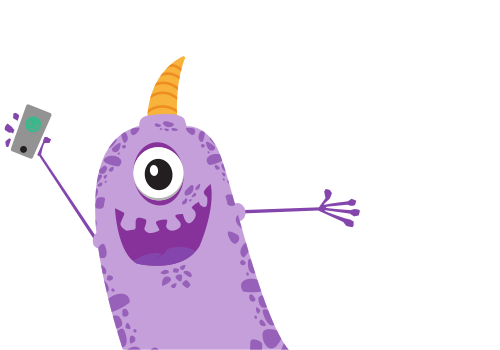 The best riddles are enigmas wrapped up in a puzzle and shrouded in mystery. It is up to you to unravel the secret and solve the riddles until that “A-ha!” moment that leaves you feeling so satisfied.

Great riddles are the ones that challenge your mind and require your ability to look beyond the words and if the riddle stumps your friends that’s a bonus!

We are always adding intriguing new riddles so check back often!

Riddle Of The Day

Riddle: What weighs more? A pound of feathers or a pound of stones?
Answer: The same. They both weigh a pound!
Show Answer Hide Answer
MORE PROBLEM RIDDLES

Riddle: What is more useful when it is broken?
Answer: An egg.
Show Answer Hide Answer
MORE CHALLENGE RIDDLES

Take the School Riddles quiz! A collection of riddles with a school theme. Great for the playground or classroom. Print or download.
Take Quiz

Kids Riddles A to Z

Kids riddles for each letter of the alphabet A-Z. Play as a riddle game or use it as a fun classroom holiday riddle quiz! How many can you answer correctly?
Take Quiz

Ten easy riddles for all ages. Try these popular easy riddles to get a quick laugh, guaranteed to make you giggle! Download as a PDF or Print.
Take Quiz
MORE QUIZZES

Take It Or Leave It

Riddle: What has a head, a tail, is brown, and has no legs?

These are brain teasers that require thought, intellect, and a dab of creativity. Moreover, teasing your brain will require you to think hard and sometimes think outside the box.

Riddle: You live in a one story house made entirely of redwood. What color would the stairs be?

Riddle: A boy was at a carnival and went to a booth where a man said to the boy, "If I write your exact weight on this piece of paper then you have to give me $50, but if I cannot, I will pay you $50." The boy looked around and saw no scale so he agrees, thinking no matter what the carny writes he'll just say he weighs more or less. In the end the boy ended up paying the man $50. How did the man win the bet?

Riddle: Mr. and Mrs. Mustard have six daughters and each daughter has one brother. How many people are in the Mustard family?

Riddle: What has six faces, but does not wear makeup, has twenty-one eyes, but cannot see? What is it?

Killer Wife, Or Not?

Riddle: A woman shoots her husband. Then she holds him underwater for over 5 minutes. Finally, she hangs him. But 5 minutes later they both go out together and enjoy a wonderful dinner together. How can this be?

Easy riddles with answers are great for elementary kids and teenagers alike. Our riddle resources encourage people of all ages to stimulate thinking in new ways with low tech amusement.

Riddle: What runs around the whole yard without moving?

Enough Fish For All IQ Test

Riddle: Two fathers and two sons went fishing one day. They were there the whole day and only caught 3 fish. One father said, that is enough for all of us, we will have one each. How can this be possible?

Riddle: What can you catch but never throw?

Riddle: A bus driver was heading down a street in Colorado. He went right past a stop sign without stopping, he turned left where there was a "no left turn" sign, and he went the wrong way on a one-way street. Then he went on the left side of the road past a cop car. Still - he didn't break any traffic laws. Why not?

Challenge your brain with a hard riddle or puzzles from Riddles.com's collection. The harder riddles require you to think outside the box!

Riddle: I am something people love or hate. I change peoples appearances and thoughts. If a person takes care of them self I will go up even higher. To some people I will fool them. To others I am a mystery. Some people might want to try and hide me but I will show. No matter how hard people try I will Never go down. What am I?

Only One Color, But Not One Size,

Riddle: Only one color, but not one size, Stuck at the bottom, yet easily flies. Present in sun, but not in rain, Doing no harm, and feeling no pain. What is it?

Riddle: Who is that with a neck and no head, two arms and no hands? What is it?

Riddle: If eleven plus two equals one, what does nine plus five equal?

Riddle: Can you write down eight eights so that they add up to one thousand?

Thought-provoking and safe riddles for kids. Our kids' riddles are hand-picked to improve your child’s problem-solving skills.

Riddle: What belongs to you, but other people use it more than you?

Riddle: I make two people out of one. What am I?

Riddle: What is more useful when it is broken?

Riddle: I am white when I am dirty, and black when I am clean. What am I?

Riddle: Samuel was out for a walk when it started to rain. He did not have an umbrella and he wasn't wearing a hat. His clothes were soaked, yet not a single hair on his head got wet. How could this happen?

Riddle: How do you spell COW in thirteen letters?

Monkey Sitting On A Tree

Riddle: There are two monkeys on a tree and one jumps off. Why does the other monkey jump too?

Riddle: A pet shop owner had a parrot with a sign on its cage that said "Parrot repeats everything it hears". Davey bought the parrot and for two weeks he spoke to it and it didn't say a word. He returned the parrot but the shopkeeper said he never lied about the parrot. How can this be?

Math riddles and number puzzles that challenge your lateral thinking. Test your logic and calculation skills with these numerical conundrums. Get the obvious answers to math riddles.

Riddle: How do you make the number 7 even without addition, subtraction, multiplication, or division?

Riddle: Can you write down eight eights so that they add up to one thousand?

Riddle: How many sides does a circle have?

Riddle: How many times can you subtract the number 5 from 25?

A Pervert At Large???

Riddle: An old man with a long, white, scraggly beard, dressed in old, dirty blue jeans, innocently approaches a group of females and takes a seat next to one of them. After saying a few words of greeting to her, he suddenly reaches out and grabs hold of her private parts, and begins pulling at her repeatedly. Surprisingly, the female shows no objection to this aggressive action by the man, and even feels relieved by his actions. Even more surprising, is the fact that all of the other females present in the group seem undisturbed by the incident. This is not a house of ill repute, and the man offers no money or other gifts to the female. But the man doesn't stop there, as he systematically moves to each of the other females in turn, and repeats the same sordid actions to each of them. Where is the outrage? Why isn't this man behind bars, instead of being allowed to molest females? And why aren't the other females objecting to the man's advances? Or perhaps, this situation isn't as bad as it appears. What exactly is going on here?

Riddle: If Zach finds 10 boxes of treasure when exploring and comes back tomorrow and finds a note saying, "Each day I will give 10 more treasure chests but each time you take one I give half of the amount you took". In 6 months how many will Zach have if he takes none?

Riddle: If Peter has 2 brothers and Peter's father has three cupcakes and gives two to Peter's brothers who gets the last cupcake? 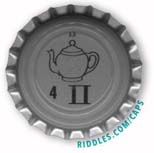 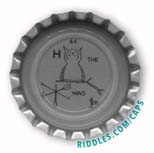 Answer: How the west was won.
Show Answer Hide Answer 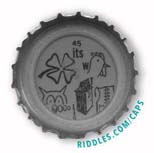 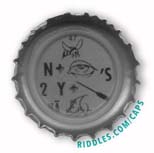 Flex your mind and have fun at the same time! Updated daily, our riddle collections will keep you guessing. Get your cerebral workout on with Riddles.com: riddles, quizzes, puns, and bottle cap puzzles.

The Riddles.com mission is to be the be the world's most comprehensive riddle website on the internet for riddles, puzzles, rebus caps and quizzes. Our riddle library contains interesting riddles and answers to test visitors and evoke deep thought and community discussion. Riddlers will benefit from the creativity of our members who participate in growth of our online riddles and puzzles resource. We encourage you to become a member of Riddles.